"...We at the American Theatre Critics Association want to thank you for your participation in our first national on-line convention, which was one of our best attended gatherings in years. The feedback has been outstanding. You were such great fun."

"Beneva is everything Sarasota is afraid of—and fascinated by. She’s vulgar, barely out of the trailer park, sexually voracious, a showoff and a terrible influence on youth." 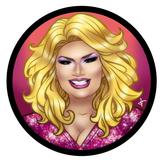 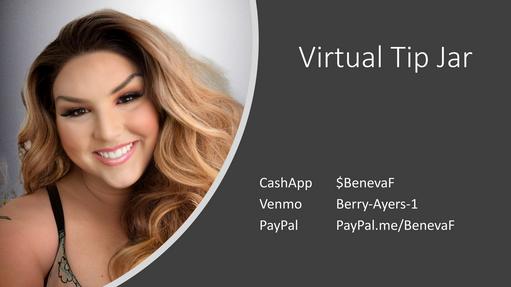 Berry Ayers, a transgender artist, has Musically Directed, Choreographed and Directed such shows as Applause,A Chorus Line, A Christmas Story: The Musical, Legally Blonde, All Shook Up, The Full Monty, Carousel, Chitty Chitty Bang Bang, The Who’s Tommy and Rent. As a performer, she spent five years as The Naked Maid, traveling with the show Naked Boys Singing, as well as performing in the NYC Off Broadway company at The Actor’s Playhouse and in the original run at the Celebration Theatre in Los Angeles. She also spent a year touring the country starring as Paul in the national tour of the musical A Chorus Line. Among various regional roles; Berry includes ZaZa/Albin in La Cage Aux Folles as one of her favorites, a role that received her a Best Actor nomination from the Sarasota Herald Tribune Handy Awards. She has most recently played Edna Turnblad in Hairspray for which he received a Best Actor nod from the Sarasota Herald Tribune Handy Awards. Regional credits include Bride in Titanic, Princeton/Rod in Avenue Q, Dave in The Full Monty, Miss Deep South as well as Miss Bible Belt (for 3 years) in Pageant, Sylvia St. Croix in Ruthless!, George in The Drowsy Chaperone, Tito Morelli in Lend Me A Tenor and Jinx in both Forever Plaid and Plaid Tidings. She is also the creative force behind Beneva Fruitville.

Beneva Fruitville has been hosting the longest running theatrical production in Sarasota, FL- Beneva Fruitville's Drag Queen Bingo Bonanza for over ten years, and has toured with this show to many other cities and states. As a drag entertainer, she has performed in bars and nightclubs all around Florida as well as private parties, baby showers, wedding receptions and birthday parties. She co-produces and co-hosts a comedy competition show at McCurdy’s Comedy Theatre and other national comedy hotspots called Wigs & Wit SRQ. In 2015 she filmed a pilot entitled Beneva’s Christmas Special, which was shown on the big screen to a sold-out house at Lakewood Ranch Cinemas (soon to be available on Amazon Prime) and has been a substitute co-host for ABC7’s Suncoast View airing daily. She also starred in the short film entitled Pie Car with Starfruit Productions, an official selection of the MINDY film festival in Miami, The Dumbo Film Festival in New York City, The Sarasota Film Festival and Lady Filmmakers Festival in Beverly Hills, now available on Amazon Prime. Theatrical roles include ZaZa/Albin in La Cage Aux Folles (Best Actor nomination from the Sarasota Herald Tribune Handy Awards,) Miss Bible Belt as well as Miss Deep South in the Pageant: The Musical, Sylvia St Croix in Ruthless: The Musical and most recently given a Best Actor nod from the Sarasota Herald Tribune Handy Awards for her turn as Edna Turnblad in Hairspray. Recently, her tour of the famous Ringling Art Museum made national publications like the New York Times for its novelty and humor and performed for the 2020 American Theater Critics Association Conference.

That's what They said...